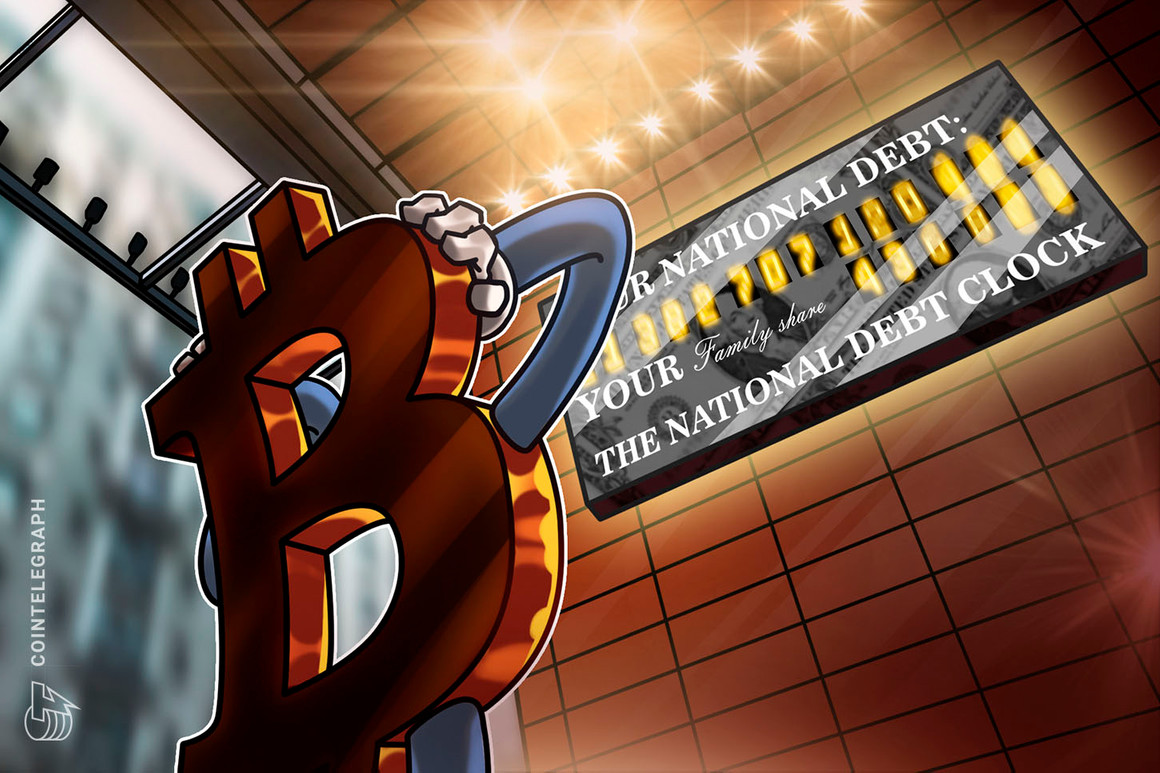 Bitcoin pales in comparison to U.S. national debt this year, with all available BTC worth less than 3% of the debt total.

The United States’ national debt has passed $30 trillion — and even all the Bitcoin (BTC) in the world would hardly touch it.

According to the latest official statistics, U.S. national debt is at levels never seen before, passing the psychological $30-trillion barrier for the first time this week.

Bitcoin is worth less than 3% of U.S. national debt

After two years of liquidity injections fuelled by issuing even more debt, the Federal Reserve is attempting to rein in what has become a practically incomprehensibly large debt burden.

Looking at Bitcoin specifically, with a market capitalization of $731 billion, it is 2.43% of the national debt tally. . . .